Commercial Lending Texas: Will past complaints continue to haunt the SBA in the aftermath of Hurricane Harvey?

Commercial Lending Texas: Getting Help from the SBA in Harvey’s aftermath

Commercial Lending Texas: Will past complaints continue to haunt the SBA in the aftermath of Hurricane Harvey? 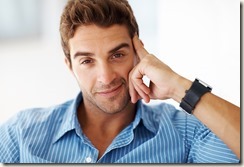 The Small Business Administration is moving with unprecedented speed to issue emergency loans to the victims of Hurricane Harvey. The question lingers, can the agency move fast enough to give emergency commercial loans to Texas small businesses in need?

The SBA’s past inefficiency in distributing disaster loans has raised the question as to whether the SBA is an effective resource for small businesses in the wake of Hurricane Harvey. The SBA appears to be moving faster than it did in the past. As of September 10th the agency has approved 100 million dollars in emergency loans. Even with the SBA moving at an unprecedented speed, some question whether local banks are in a better position to issue emergency loans to the victims of Hurricane Harvey. A Law passed by Congress in 2008 enabled the SBA to back privately issued disaster loans, the agency has so far resisted these reforms.

In past disasters on the scale of Hurricane Harvey, like Katrina and Sandy, the SBA failed to approve emergency loans at an efficient rate. The SBA issued 11 billion dollars in disaster loans after Hurricane Katrina. But the approval process took 65 days on average. It was a similar case after Superstorm Sandy. The agency issued 2 billion in loans, but it took on average 40 days for the agency to process each one. In the end the loans approved by the SBA may sufficiently covered the damage caused by Katrina and Sandy. The delayed approval process on the part of the SBA however, left many small businesses unable to cover their immediate financial obligations. Some simply went bust as a result.

In 2008 Congress passed the Small Business Disaster Response and Loan Improvements Act, to speed up the process of approving disaster loans. The law enabled the SBA to partner with private lenders and back privately issued emergency loans. The SBA would guarantee 85 percent of these private loans. In exchange the private lenders would be obligated to approve such loans in as little as 36 hours. The SBA has only implemented one aspect of the law. A program to offer private, small dollars loans of up to 25,000. According to American Banker, no such loans have ever been issued.

A key issue in the aftermath of Hurricane Harvey is whether the SBA has overcome its past inefficiencies. The agency claims it has made improvements since Katrina and Sandy. At a congressional hearing this April, agency spokesman James Rivera cited the flooding in Baton Rouge last August, claiming that it took just 12 days to approve small business loans. Agency spokeswoman, Carol Chastang, says that the reforms of 2008 do not need to be implemented, claiming that the agency can quickly approve unsecured small dollar loans of 25,000.

Even with the SBA’s new found efficiency, the scale of Hurricane Harvey will likely push the SBA to its limits. Private commercial lenders in Texas may need to step in to help small businesses.

In the aftermath of Harvey, banks and Texas commercial lenders, seem more willing to participate with the SBA.

The reforms passed by congress stalled in part because few private lenders were willing to participate in the program. Private lenders reservations seem to be declining, a recent poll by the Coleman Report, a newsletter for small business lenders, revealed that 77 percent of those polled would be willing to partner with the SBA to help provide disaster relief. The agency has for the moment dismissed any such partnership. However considering the agencies inefficiencies in the past a key question remains. Should the SBA remain the only group issuing emergency loans in the wake of natural disasters?

Why some hard money lenders in Texas will turn you away