How to Ensure Eligibility for Commercial Loans 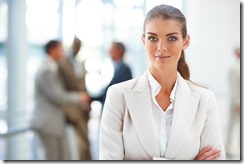 Commercial real estate loans tied to multifamily developments should be on the rise as a result of specific provisions in the recently passed Republican tax bill.

Developers of multifamily real estate will benefit from higher deductions. Specifically under the new law corporations can now deduct of 30% interest paid on debt. This provision will likely make new lending less expensive for corporations and real estate developers. The total deduction is expected to be reduced over time, but real estate entities remain a notable exception and will likely be able to retain the deduction for longer period.

Demand for rental properties could also be boosted by new caps on property tax deductions by individuals. “Rental markets in those areas could really, really benefit. They’re not huge apartment markets, but they’re significant enough that demand for them could really increase,” said Barbara Byrne Denham, senior economist at real estate investment research firm Reis Inc. “John Q. Public has been sold by the home-building industry that it’s better to own than rent because you’re getting subsidized by the government because you have all these deductions,” said Ric Campo, chief executive of Camden Property Trust, a real-estate investment trust that invests in apartments. “That equation will change [under the new law.” The new limits on property tax deductions create a new incentives for individuals to rent apartments rather than purchasing a home. The change will likely benefit multifamily developers in the near future.

Commercial lending tied to affordable housing will not directly impacted by specific changes under the new law.

Affordable housing developers will likely need to seek new sources of capital, as fewer investors are likely to seek tax-deferred investment vehicles as a result of lower corporate taxes. Although the final bill maintains the tax exempt status of private activity bonds, it did little to strengthen tax credits related to affordable housing. “The threat of a lower corporate rate is now a reality of lower corporate rates. That depresses pricing and means that more credits need to be put into a particular project in order to produce it,” said Rick Goldstein, a partner at Nixon Peabody LLP.

Higher deductions, lower corporate taxes and other changes to the tax code will benefit full price multifamily developers. affordable housing developers will need to find new methods to attract investors. Whatever the outcome, the Republican tax plan will no doubt reshape the commercial real estate market.