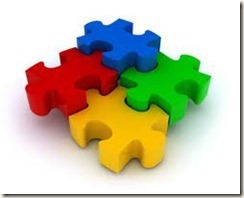 The unprecedented scope and scale of Hurricane Harvey ensures that all retailers in the Houston area will feel some impact from the storm. However the long term implications of the storm, for retailers, and for Texas commercial real-estate remains unclear.

Planalytics estimates a billion dollar loss in retail sales due to Hurricane Harvey. This is money that won’t be recovered in the long run, even after the local economy recovers. The analysis claims all retailers will feel the impact of the storm in some way or another. But the impact will be felt differently depending on the retailer. Undoubtedly local consumers will change their spending habits.

Out of all retailers, restaurants are likely to suffer the greatest impact from Hurricane Harvey. Restaurants were forced to close during the storm and this immediate impact on sales may have been devastating. Baird’s analyst David Tarnitino, estimated that if Jack in the Box, for example, closed half its locations for five days during the storm it would lose roughly 1 percent of its total sales this quarter. But the brief decline sales for local restaurants are immaterial, as the spending habits of residents change and fewer people go out to eat.

A change in spending habits by residents will hit clothing retailers hard as well. Harvey interrupted the critical back to school shopping season. This is a crucial time for many apparel retailers and clearly in Harvey’s immediate aftermath few consumers will be buying clothes. Meaning this crucial shopping period will be a write-off for many businesses. As potentially damaged stores remain closed, customers are likely to shift to online shopping. A boost in e-commerce may have a long term impact, as retailers consider whether the cost of repairing a damaged location is worth it. This assessment by retailers could accelerate store closures in the area. Analyst at B.Riley & Co. LLC, Jeff Van Sinderen said “ (Retailers may) wonder whether it will be worthwhile to repair damage in certain stores. Maybe this will accelerate closures of some marginal stores.”

Home improvement retailers stand to benefit, as residents begin to repair the damage. Home Depot, in particular, is known for its pro-active approach to events like Hurricane Harvey. Prior to natural disasters, Home Depot takes immediate measures to ensure its locations in affected areas are stocked with essential supplies like shovels and flashlights. This approach has served Home Depot well in the past, the company saw a 242 million dollar increase in sales at locations in areas impacted by Hurricane Sandy. Burt Flickinger, of the Strategic Resource Group estimates that Home Depot’s response to Harvey will likely cost the company 50 million dollars. But according to Flickinger, the company’s investment is likely to yield returns some 10-15 times greater than the initial cost of preparation.

The spending patterns of consumers will change in the short term, having an immediate impact on Texas commercial real-estate.

In the immediate aftermath of the storm consumers will spend more on basic needs and on repairs to their property. Restaurants and clothing companies will suffer the most from this change in spending habits, in the short-term, while home improvement stores will likely benefit. However as Houston’s economy recovers, customers spending habits will no doubt normalize.

The long term impact on retailers remains uncertain. Considering the impact of similar disasters, Texas commercial real-estate could be impacted for many years to come

Some retailers may not recover from Hurricane Harvey. Taking into account the national average, 40 percent of businesses don’t recover from natural disasters of similar magnitude. It is unclear whether this average will hold true in Harvey’s case, but no doubt the storm will have some impact on the commercial real-estate market.

Alternative Ideas for Helping You Obtain Commercial Loans Through a Broker