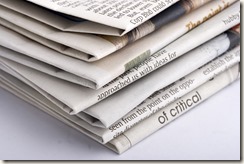 The Federal governments National Flood Insurance Program will offer little relief to small business owners in the wake of Hurricane Harvey This lack of sufficient relief could have a dire impact on Texas commercial real-estate.

The National Flood Insurance Program (NFIP) covers 444,000 properties in the areas directly impacted by Hurricane Harvey. Small businesses make up just 1 percent of the total policies under the program. Even so, the NFIP remains the only option for many small business owners to protect themselves against flood damage. Small businesses in the Houston area are likely to suffer economic damage as their customer base dwindles. The few that have federal flood insurance won’t find these economic damages covered.

Small businesses find the maximum coverage offered by the NFIP is inadequate. The 500,000 dollar maximum hasn’t increased since 1994. Since then not only has inflation increased the price of doing business, but there is an increased frequency in record breaking storms. 20 storms accounting for at least one billion dollars in damage, have occurred since 2010. The increased amount of damage inflicted by these storms reflects the need for greater coverage particularly for small businesses. This need is demonstrated by the fact that 40 percent of business owners, with a flood insurance policy, opt for the maximum amount of coverage. But even the maximum coverage offered by the NFIP doesn’t meet the needs of many business owners.

Unfortunately there are few private alternatives to NFIP insurance. Catastrophic flood insurance is simply not an attractive bet for private companies. Business owners at the greatest of flood damage are often the only ones who purchase this type of coverage. This concentrates risk for insurers, forcing them to raise premiums. Because the NFIP subsidizes its premiums, private insurers simply can’t compete and are priced out of the market. While private insurers have found innovate ways to assess damages, the NFIP’s evaluation methods remain antiquated by comparison.

The greatest fault of the National flood insurance program is its lack of Business interruption coverage. This lack of coverage may greatly impact commercial real-estate in Texas.

Perhaps the greatest fault of the NFIP is that the program lacks business interruption coverage. The program evaluates risk based on the physical characteristics of structures, rather than conditions within the local economy. This leaves the program unable to assess business losses. Many businesses find themselves exposed not to physical damage, but to economic damage. A striking example of the NFIP’s inadequacy to help small businesses was demonstrated by the programs response to Superstorm Sandy. A joint study by the Federal Reserve of New York and the University of Pennsylvania’s Warton School, found more than half of small businesses with flood insurance received no pay out. The greatest impact of the storm for 60 percent of these businesses wasn’t physical damage, but a loss of customers. The study’s lead author, Benjamin Collier, concluded that small business is more than twice as likely to suffer economic damage rather than physical damage. The NFIP doesn’t cover this type of damage, leaving many small businesses at risk.

Businesses, small businesses in particular are not sufficiently protected from floods. The NFIP’s inadequacies create uncertainty for commercial real-estate in Texas.

The NFIP needs revisions to protect smaller businesses from future disasters. Without sufficient business interruption insurance, many small businesses in the Houston area may simply disappear as a result of Hurricane Harvey.

Alternative Ideas for Helping You Obtain Commercial Loans Through a Broker