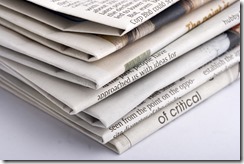 Even though the demand for commercial real estate loans wasn’t quite what we expected in 2017 in the big apple, there are high hopes for a successful 2018. Especially since there are a good number of real estate properties up for grabs in the New York City area and 2017 saw some big real estate deals.

About 10 years ago in 2007, New York City saw a boom in commercial real estate loans meaning that many of the due dates for these loans are coming up due. This has led to not that many new loans being take out in recent years. But things have changed. Bit over the last year with some large loans taking place in New York City in 2017.

The GM Building was the largest out of the commercial real estate loans that took place in the past year in New York City, at $2.3 billion dollars. The refinance deal was announced in April and the building went from a $1.6 billion-dollar debt package to a new $2.3 billion-dollar mortgage. The office tower in New York City also acquired a new interest rate of only 3.43 percent. This will save them around $9 million dollars annually and is the only loan in the city totaling over $2 billion dollars in 2017.

For $1.75 billion dollars, the building at 245 Park Avenue marks Manhattan’s biggest property sale in 2017. The commercial real estate loans were acquired by the HNA Group. The largest construction loan of the year was for $1.5 billion dollars for the property at 50 Hudson Yards.

New York City saw a good number of big dollar commercial real estate loans in the year and is hoping to see that same success in the coming year.

Another large loan that marked a staple on a positive 2017 in New York City is the 43-story office building at 280 Park Avenue for just a little over $1 billion dollars. The deal was closed in on by SL Green Realty and Vornado.

A strong growth in larger commercial real estate loans was due to the large dollar amounts of the loans across New York City.

The 53-story and 906,000 square foot building known as the Olympic Tower closed in on a loan in May totaling around $760 million dollars. These are just a few of the many high dollar loans that took place in 2017. Many in the industry and market are hoping that there will be even more of these loans taken out in the new year not only in New York City, but it a number of other large cities across the United States. This trend could lead to many great things including a booming economy for all.

What is in the Future for Commercial Real Estate Loans