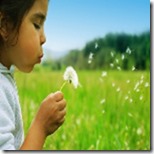 The real estate market is expected to boom in 2018 and that means many commercial lenders are looking forward to another busy and successful year, especially in the New York City area. The past year was pretty promising and many are hoping that the momentum will continue through the new year.

Wells Fargo ended the current year on a good note and is expecting 2018 to shape up to be just as successful. The first 9 months of 2017 was especially great for Wells Fargo with them generating over $4 billion dollars in commercial real estate in New York City alone. They generated over $1 billion dollars in just the 3rd quarter alone. Being located in San Francisco, they are hoping that the success in New York City spreads to other parts of the United States.

Other commercial lenders have also seen a steady year in the real estate market with optimistic plans for the new year. Based in Arkansas, the Bank of Ozarks are looking to duplicate the success they saw in 2017. They say a $1.5 billion-dollar year. Also, looking for another strong year is Goldman Sachs. They raked in almost $2 billion dollars this year, almost doubling what they totaled in 2016.

Commercial lenders in New York City saw a terrific 2017, even though they weren’t quite expecting to have such a good year and they are hoping that will carry into 2018. Especially with the 4th quarter of 2017 being one of the strongest, many in the market are hoping the momentum will carry them to at least three strong quarters in 2018. The New York Community Bank really saw an increase in loans in New York City. This was refreshing since previous years haven’t been so promising. This happens to be one of the largest sources for funding in the city and is known as a signature bank, so it can definitely stay on the right track for another successful year.

The first quarter of 2018 will really set the pace for commercial lenders for the rest of the year.

Commercial lenders are really looking forward to start of the new year after finishing off a great 4th quarter and end to the year. The market might continue to thrive, but will see a little change, hopefully only for the better for the first two quarters of 2018. There might be less momentum at the end of the year, but isn’t expecting to see too much of a negative shift.

The forecast for the commercial lenders looks bright, nothing is ever guaranteed, especially in the real estate market, but not bringing any negativity to the forecast.

Of course, you never know what to expect when it comes to real estate or the economy. But many are hoping that there will not be too many changes in the beginning of the year and that the economy will only continue to grow.