Fix and Flip Homes: Learn How it is done from an expert

We don’t want to brag or anything, but Level 4 Funding gets to work with some pretty awesome people. Sometimes, those people are willing to chat with us about their experiences in the fix-and-flip business, how they got to where they are, and what advice they have for newcomers. We recently got to speak with Carl Lavoie, who just so happens to be anything but your average home rehabber. In fact, his trade has historically been video game design, and if you’re a gamer, it’s almost a guarantee you’ve seen some of his work. We dug into his past a bit and learned what makes him tick, plus got some advice for those of you considering making a transition like he did. On this first installment, we’ll cover his background and story. Check back soon for our next piece to learn what advice he has for people getting into the biz.

Entrepreneurs tend to share commonalities. For example, they don’t sit still and they’re resourceful. They also see opportunities where others see problems. Plus, they’re always looking to enhance their knowledge and pivot when a new opportunity strikes, even if their idea seems a little unconventional. This is Carl to a “T.”

Case and point; when Carl worked his way through a degree in architecture, he did the unthinkable. He moved to a whole different industry and began designing video games instead. However, the decision soon paid off, as he found himself working for major software companies like Ubisoft, Blizzard Entertainment, and Amazon. While this is pretty cool in and of itself, these jobs gave him the chance to see the world, including parts of Canada, China, and the US as he helped put out mega-hits like Tom Clancy’s Splinter Cell, Splinter Cell: Chaos Theory, and Rainbow Six 3: Raven Shield, as well as Star Wars Episode III: Revenge of the Sith, Diablo III, and New World.

That said, it was while living in California and working in game design that Carl’s first personal innovative idea took off. As most know, California is a hotspot for earthquake activity. SoCal gets 10,000 quakes per year alone. Not surprisingly, these quakes also result in a flurry of phone calls as people reach out to their loved ones to make sure they’re okay. Unfortunately, that also means the phone lines become jammed and many calls can’t go through. HF radio is the obvious solution, but Carl quickly realized that the antennas on the market weren’t made well, meaning communication was still problematic. So, he purchased supplies and made his own.

After perfecting his antenna, Carl had parts left over to make two more, so he pieced them together and put them up on eBay, never expecting anything to come of it. Yet, those first two units sold immediately, and soon after, the buyers were messaging Carl asking for more. He obliged and created a few extras, which also sold out. Before he knew it, Carl was running a full-scale antenna manufacturing company from his own apartment. When he knew he needed to expand, Carl took to Craigslist to find an experienced solderer. As luck would have it, he found one… someone who just so happened to live in the exact same apartment complex. They moved operations to his apartment.

Of course, this solution wouldn’t remain viable for long either. As Carl recalls the transition, he laughingly adds that they knew they needed to go bigger when his employee’s girlfriend couldn’t reach the toaster one morning due to all the antenna parts lying about. Though humble beginnings, the company grew rapidly. Chameleon Antenna now sells several products to consumers across the globe and has a proper manufacturing plant in Nevada.

Despite his successes in video game design, Carl says he still felt like he was on a hamster wheel, doing the same things day in and day out. After reading “Rich Dad, Poor Dad,” he changed his thought process and began wondering, “How can I be wealthy and stop working for someone else?” Chameleon Antenna certainly played a role in this, but Carl was still hungry for ultimate financial freedom. He set his sights on fix-and-flips.

Getting into Fix-and-Flips Wasn’t Easy

By this point, Carl was reputable video game designer with a profitable antenna business, and an architecture degree collecting dust. He didn’t have experience in the industry and he wasn’t sure what which markets would yield the best results. So, he did what he’s always done—headed to the net for some research. After extensively researching several areas and opportunities, Carl posted a simple question to Zillow asking agents to weigh in on an area he was looking at. He got loads of encouraging responses telling him he was on the right track, but one response deviated from the pack. In it, the broker detailed why the idea might not be best and highlighted some more suitable choices. Carl had found his new broker. Moving forward, he would trust this broker to find him several successful ventures.
However, Carl’s research soon suggested it was time to make a move from California to Arizona, which meant starting from scratch on building a reliable team. He found a home in Tempe which fit his requirements. The seller was eager to unload the property and Carl planned to stay there while he worked on the repairs. Unfortunately, the lender he was working with at the time took too long. The deal fell through. He soon found himself with no place to stay and a trailer full of his belongings in the sweltering Arizona heat. But, his entrepreneurial mindset kept him going. He pivoted and quickly began piecing together a new plan.

He Focuses on Fix-and-Holds Now

Carl’s new passion is rehabbing multi-family dwellings and holding them as revenue streams now. “It’s more challenging, but more rewarding,” he says. Like doing a fix-and-flip on a single-family home, there’s always something wrong with each unit, but it’s easier to get a feel for the total cost after doing one or two units, he explains. His latest project, however, carried an unexpected surprise, in which he was reminded of the importance of transparency and working with a team you can trust. After restorations began, Carl chatted with one of the tenants and learned that many of the pool-facing units had flooded some years ago during monsoon. Upon further investigation, he learned that repairs had never been properly made following the flood damage. He had to go back and do more work on a couple of units and redo the drainage system to ensure a similar issue would never happen again.

It’s also worth noting that, while he’s a businessman through and through and certainly knows the numbers associated with each project, he also accepts full ownership for any issues. “If I sell these properties later, I’m legally responsible for ensuring things are done right,” he says. Indeed, yet he also speaks warmly of his tenants and is clearly proud to be able to invigorate dilapidated neighborhoods while giving the people who live there better, safer, and cleaner homes.

Full-Service Salons and Medical Spas are on the Horizon

“My wife was a stylist and I wanted to give her something to do,” Carl says nonchalantly with a chuckle, when asked about how he got into the salon industry. His pet project resulted in the research he’s known for, and ultimately a venue in Gilbert’s San Tan Mall caught his eye. Like all projects, this too, came with some difficulties. Everything looked great before the purchase, but afterward, it became clear that the numbers weren’t adding up. “They weren’t doing things right and we had to change some policies,” he adds with a bit of anguish. This led to a major changeout in staff. “We have some really talented people now and I’m glad to be moving forward,” he notes. With that in mind, Carl has been handling the business aspects while his wife Mary operates the salon. “The Edge” has already built a reputation around creating custom vibrant dos, with services ranging from gorgeous wedding styles through edgy hues and luscious ombre colors, as well as professional microblading too.

Of course, for a business-minded gentleman, a salon is not enough. Carl says he and Mary are looking at expanding into a full-service medical salon and spa. While the Edge will continue to be a core feature, the pair also plans to add a second location designed to appeal to today’s modern businesswoman. “It’ll be a one-stop shop for businesswomen; where they can have their hair, makeup, and a facial done.” Botox will also be on the list of available services, ensuring women can pop into a single location with providers they trust who can see to all their beauty needs.

Connect with Carl and Level 4 Funding

In the meantime, you can connect with Carl on LinkedIn. He’s glad to link up with motivated individuals who have an interest in becoming part of his dream team.

Level 4 Funding is also here to assist with all your hard money needs. Whether you’re new to the biz or need a reliable lender for fix-and-flips, fix-and-holds, or other investments, we can help. Visit Level4Funding.com for details. 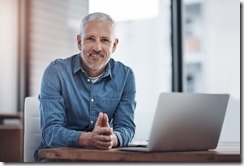 About the author: Dennis has been working in the real estate industry in some capacity for the last 40 years. He purchased his first property when he was just 18 years old. He quickly learned about the amazing investment opportunities provided by trust deed investing and hard money loans. His desire to help others make money in real estate investing led him to specialize in alternative funding for real estate investors who may have trouble getting a traditional bank loan. Dennis is passionate about alternative funding sources and sharing his knowledge with others to help make their dreams come true. Dennis has been married to his wonderful wife for 38 years. They have 2 beautiful daughters 4 amazing grandchildren. Dennis has been an Arizona resident for the past 32 years.