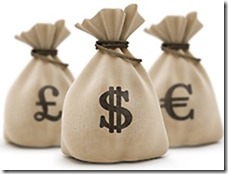 The IPO brought 181 million dollars into Cadence, a notable commercial lender throughout Texas and the Southeast. The Cadence Bank SEC filling prior to the IPO stipulated the sale of 7.5 million shares of common stock, to be sold initially at 19-21 dollars each. The stock has hardly peaked above this initial asking price, calling into question demand for the stock on the part of investors.

Cadence is a major commercial lender in the Houston area. Defined as a middle market bank with 65 branches in operation throughout the south eastern United States. Banking veterans formed Cadence in 2009 in the midst of the Great Recession. Since then the bank has succeeded in part by acquiring smaller banks that were impacted by the recession. Its latest acquisition of Encore Bank was finalized in July 2012. Cadence currently manages 9.5 billion dollars in assets. It has 7.4 billion dollars in loans on its books, 77 percent of which are commercial loans, making Cadence stand out as a major commercial lender in Texas.

Cadence claimed the IPO was aimed at funding “organic growth.” The company has been adding loans since 2012 at a 16.8 percent compound rate annually. It boasted 65.8 million dollars in profit from 335.2 million dollars in interest payments. This represents a 14 percent increase from the previous year. Cadence saw an IPO as the best way to raise money to fuel this rapid growth. The IPO was underwritten by JP Morgan Chase, Goldman Sachs and Keefe Bryette and Woods. New investors who bought the shares after the offering would retain a 9 percent stake in the company, with the banks initial investors retaining a majority. The stock is currently listed as CADE on relevant stock exchanges.

Analysts seem to agree that Texas commercial lenders and Cadence in particular have a strong growth potential. However so far CADE stock has not performed according to expectations.

The consensus among analysts is that CADE stock has a projected market value of 25 dollars a share. Five investment groups are advising clients to buy the stock. These groups include Zacks Investment Research Group, the Royal Bank of Canada and the aforementioned Keefe Bryette and Woods. Thus far the stock has not performed according to their expectations. As of September 20th CADE stock had a market value of 22.19 dollars a share. So far the stock has not exceeded, or achieved the predicted 25 dollar share price. The Wall Street Journal’s money flow ratio indicates that the pressure to sell the stock exceeds the willingness of investors to buy it.

No doubt Cadence is a strong bank with consistent profits. The bank has seen considerable growth since it was founded in 2009. However since the IPO, CADE stock has not performed according to the expectations of analysts. Questions linger as to the tepid demand for the stock on the part of investors. In the short term are the organizations ties to the Houston area, so recently impacted by Hurricane Harvey, making investors wary to buy? 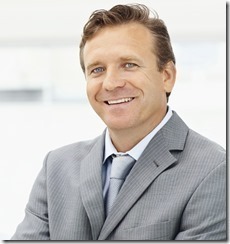