Commercial Real Estate Loans: Who Can Give Them?

Eager To Get Your First Commercial Mortgage? Here’s What You Need! 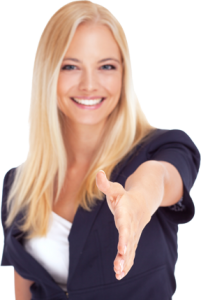 During the recession, the self-storage industry became a good investment yet lenders still found it hard to approve commercial real estate loans for developers. As the economy has improved, lenders have become less stringent.

If you don’t follow the real estate market, then you are probably not aware that self-storage properties have become one of the most reliable investments in the market. Yes, those groups of buildings on the outskirts of town where people store all kinds of stuff have become great investments.

How? Well, because at one time or another everyone needs a little more space. But the self-storage industry has been around for decades. What is making it such a great investment now?

How To Make Money During A Recession—Self-Storage!

The recent interest in the self-storage industry began when the economy took a turn for the worse a few years ago. For a variety of possible reasons, people needed to downsize. That meant having to throw away some of their precious belongings or finding another place to put them.

That is where the self-storage industry came in handy. People needed space, and their local self-storage facility provided it. Even though the economy was not doing well and people did not have the income to spare, they wanted to make sure they had someplace for their stuff.

As some investors began to take notice of how self-storage properties performed they tried to enter the industry only to find it easier said than done. Lenders didn’t like the idea of handing out commercial real estate loans to build new facilities. It required more money and took more time for them to start seeing income generated.

They were willing to approve commercial real estate loans to renovate an old facility or convert an existing structure (i.e. old office building, former grocery store, etc.) into a self-storage facility. Borrowers did not need as much money, and it didn’t take as long in this scenario for a facility to start generating revenue.

From Recession-Proof To A Solid Investment

The economy is far from perfect, but conditions are nothing like they were a decade ago. There were some concerns that once the recession was over, self-storage properties would not perform as well anymore—but that has not been the case.

As the economy improved and people began to have more income on hand, they began to spend. As they did so, they accumulated more stuff that had to be stored somewhere. Some people just liked the idea of not needed as big a place to live without having to give up all any stuff. Facilities began to pursue small businesses as clients by offering them a cheaper alternative to a warehouse.

As the economy improved, the demand for self-storage space increased causing interest among investors to rise to a point where it became more affordable for a lender to approve a commercial real estate loan to construct a new facility rather than to convert an existing building.

If an industry is performing well—like the self-storage industry—lenders go from being apprehensive about approving commercial real estate loans to having no problem doing so.

About the author: Dennis has been working in the real estate industry in some capacity for the last 40 years. He purchased his first property when he was just 18 years old. He quickly learned about the amazing investment opportunities provided by trust deed investing and hard money loans. His desire to help others make money in real estate investing led him to specialize in alternative funding for real estate investors who may have trouble getting a traditional bank loan. Dennis is passionate about alternative funding sources and sharing his knowledge with others to help make their dreams come true.
Dennis has been married to his wonderful wife for 42 years. They have 2 beautiful daughters 5 amazing grandchildren. Dennis has been an Arizona resident for the past 40 years.